Can’t get Clubhouse? What else is out there? 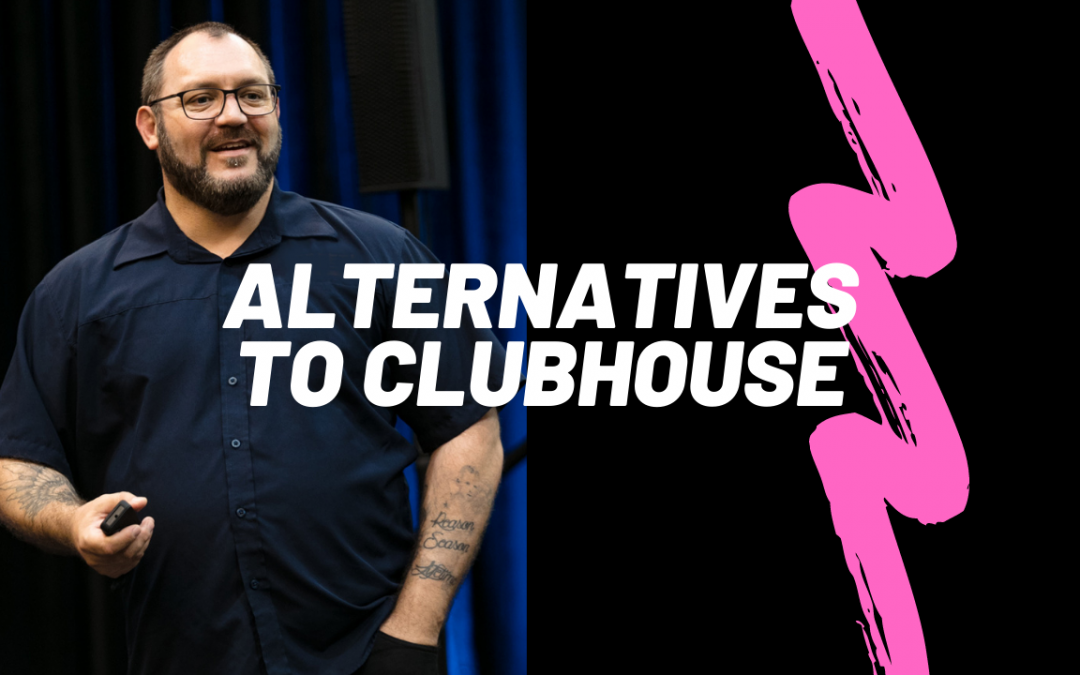 By now you’ve been blasted with news and opinions about Clubhouse, the hit invite-only audio app that’s been taking the business and marketing world by storm. But did you know that there’s a tonne of clones on the way as well?

Clubhouse is worth $1 billion dollars now. It’s got some 50 million people connected to it (that’s about the same as what MySpace was at its peak before Facebook happened. Those who love it, love it, but it’s been slowing down considerably due to how long it’s been taking them to bring out an Android app, and open the app up to everyone, not just the lucky few who have been invited.

And it’s this slowness to scale up that’s meant there is an opening for every other player. Enter Twitter, Facebook, venture capitalist Mark Cuban and Stereo.

With it’s hundreds of millions of users, it makes sense for Twitter to move in on Clubhouse’s turf. Twitter calls their Clubhouse clone, Spaces. And really it’s nothing all that new. It’s a rebrand and de-videoing of their live video function, Periscope. It was a big deal back when a similar app called Meerkat was about. Periscope pretty much killed Meerkat. Then Facebook Live made Periscope redundant. Now Periscope is back, but this time as an audio-only app called Spaces within Twitter. Just like Clubhouse, it has rooms, hand raising, invitations to speak and moderation of rooms. The only difference is that it’s tied to your Twitter account, so if you’ve got Twitter, you’re going to have spaces very soon once it moved out of Beta testing.

It was only a matter of time before the big blue giant made a move into audio chat. Facebook is trialling an app called Hotline. It’s not strictly a Clubhouse clone as it’s built around the concept of the Q&A or Questions and Answers. You join a hotline being hosted by one of more people and you ask a question that is sent to the hosts who then answer your question. It’s a little like an interactive version of the Q&A website, Quora, or even like Q&A within Zoom webinars. Facebook isn’t making a huge amount of noise about this yet though, so don’t get too excited. I honestly expected this kind of function to be more useful over at LinkedIn, but I guess only time will tell.

What would Venture Capital do?

Given that Clubhouse is a Silicon Valley start-up built upon tens of millions of dollars in venture capital, it was only a matter of a hot second before a famous venture capitalist would break ranks and start their own version of Clubhouse. Mark Cuban is kinda one of the original gangsters of the California start-up funding scene and has put his many millions into investments with big winners and big losers.

His red hot go at an audio app is called Fireside. It’s meant to replicate the feel of the typical corporate and jetsetter “fireside chat” where an influential rich person would be interviewed by a crackling fireplace by some famous interviewer or news anchor and it would be considered to be an exclusive event where people would see a different and more human side of the rich or famous.

Fireside isn’t really taking off right now though, so I don’t expect it to last much longer.

This year, if you’ve been on an app store and searched for Clubhouse you’ve probably been served an ad for another app called Stereo. And just like you, everyone else has been skipping over it to get to the app that they actually want. The one way into the market for Stereo has been Android. At the time of writing, Clubhouse still isn’t on Android, is still invite-only and has no published date of arrival beyond iPhones.  So you’d think that this would be a great opening for Stereo.

But not so. It’s still failing to get downloads because it’s not Clubhouse, even if it does all the same stuff as Clubhouse does. And that’s because no one is there. I installed Stereo and gave it a try. There were no Australian rooms on there at all, and only a scattering of American ones which were 50% about bitcoin trading and 50% about making six figures through working only 2 days a week or something like that.

If you’re on Android and still waiting, keep waiting because this is not an alternative. And ultimately, I’m expecting the Clubhouse bubble to burst at some point this year, even after it launches on Android, simply because it ignores the basic trend in content consumption that has been reducing network television and radio to rubble over the last decade, you have to listen live. There is no recorded option to listen to later. So if the best stuff is happening in Pacific Standard Time in the US, you’re going to be sleeping like a log and you’ll miss it all.

Listen to this article here: